On a Saturday in March 2018, Larry and I drove to Siena for the first-ever exhibition of paintings by Ambrogio Lorenzetti (1290-1348). We were delighted the show was held over, as we thought we’d missed it when we were in the USA.

A lesser-known but important Sienese School artist, Ambrogio Lorenzetti influenced the transition from Gothic to early Renaissance. His paintings are elegant, depicting human emotions, naturalism, and perspective typically not seen until the Renaissance. He died of the plague in 1348 in Siena in the height of his career.

Ambrogio is best known for his masterpiece “The Allegory and Effects of Good and Bad Government” (1338-1339) in Siena’s town hall, Palazzo Publicco. It contains the first image documenting the existence of the hourglass. (I want to go back to Siena to find it!)

He and his older brother, Pietro, also decorated the entire interior of the Basilica of Santa Margherita in our town of Cortona (sadly destroyed in a renovation). A few fresco fragments and a magnificent carved crucifix by brother Pietro are preserved in Cortona’s Museo Diocesano.

We spent three hours mesmerized by Ambrogio’s creations — with a startling  interruption when sirens went off and we had to evacuate. At least they didn’t send us out in the drizzle, but assured our safety, then let us continue our tour.

Most shocking to me was how close we could stand to the paintings. Except for a few loaned pieces behind protective glass, we could have touched most of these 700 year-old treasures with our noses (of course, we didn’t).

Located in the Piazza del Duomo, the museum building, Santa Maria della Scala, was one of the first hospitals in Europe. It was famous for caring for cast-off babies, orphans, outcasts, indigents, and pilgrims. Siena’s fine art museum since 1995, it’s been renovated since we were last there and is a stunning space.

Lunch was even more meaningful than the exhibition. Larry surprised me by ordering Prosecco, which we rarely have at lunch. He raised his glass and toasted me… saying tenderly, “As of today, I’ve been in love with you for half of my life.” What a lovely milestone, and what a dear husband to have planned a special event to celebrate. At that moment, the sun emerged, highlighting a beautiful villa framed through the restaurant window. With teary eyes and full hearts, we clinked glasses… and began a superb, long, leisurely lunch on a rainy… and romantic… day in Siena. 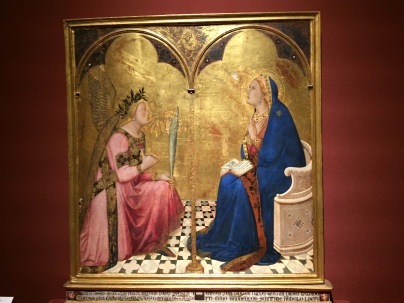 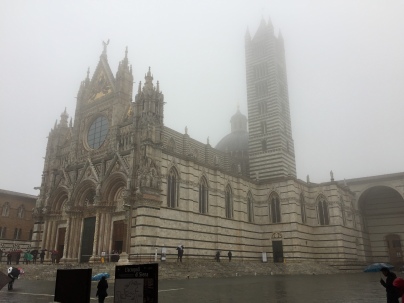 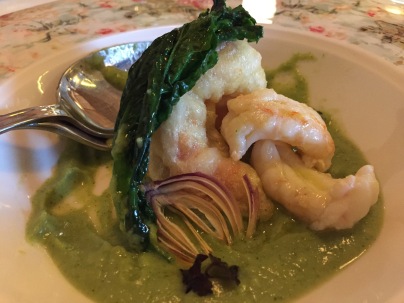 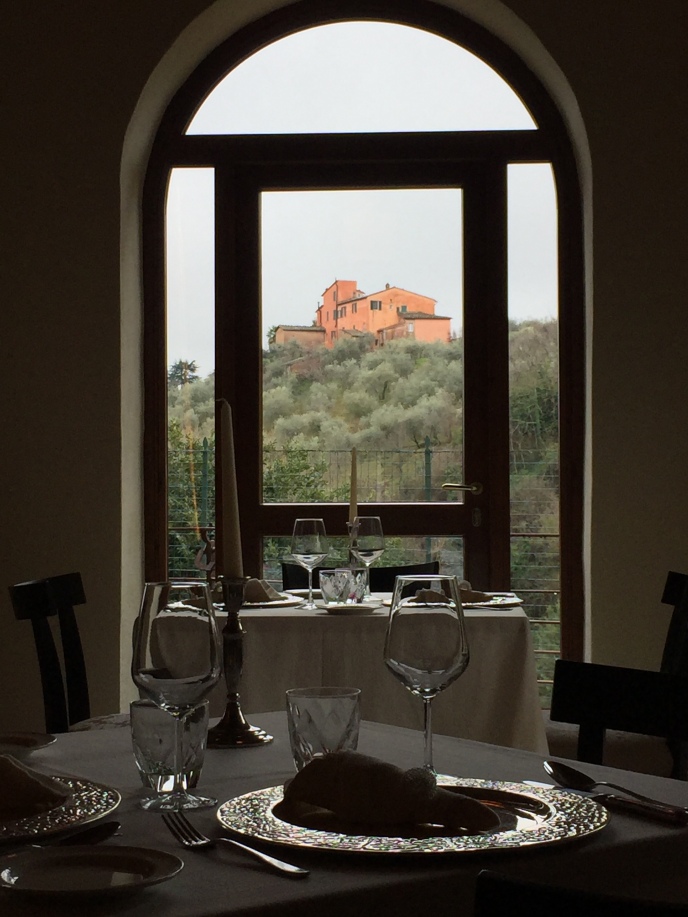 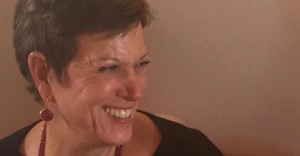